What is Tinnitus and How is it Treated?

Prolonged loud noise can put stress on the inner ear—overloading it, so to speak, even damaging it—causing false messages about the presence of sound to be sent to the brain. Those messages can also result from physical trauma, the onset of hearing loss and even physical abnormalities occurring in the inner ear.

Temporary tinnitus experienced after the occasional loud event tends to resolve itself after a day or so, but persistent tinnitus that becomes distracting to the point of affecting your quality of life requires professional attention.

If the source of tinnitus can be traced to a physical cause, such as a vascular issue, it may be possible to get rid of the tinnitus through medical attention. More often, though, persistent tinnitus is something to be managed rather than treated.

With a strong correlation between hearing loss and tinnitus, statistics show that approximately 80 percent of patients who suffer tinnitus also have different degree of hearing loss

Tinnitus-management options include hearing aids that amplify ambient sound to a point where it dominates the tinnitus, and masking devices that use other sounds to cover the ear-ringing. There are also behavioral therapies and medications you can discuss with your doctor.

A NOTE TO OUR CUSTOMERS

Due to communicable diseases, we are taking clients by appointment only. Please call:
604-370-1622

The health and safety of our clients are our top priority. To do our part in minimizing the spread of communicable diseases, we take additional precautions to protect our clients and our employees. 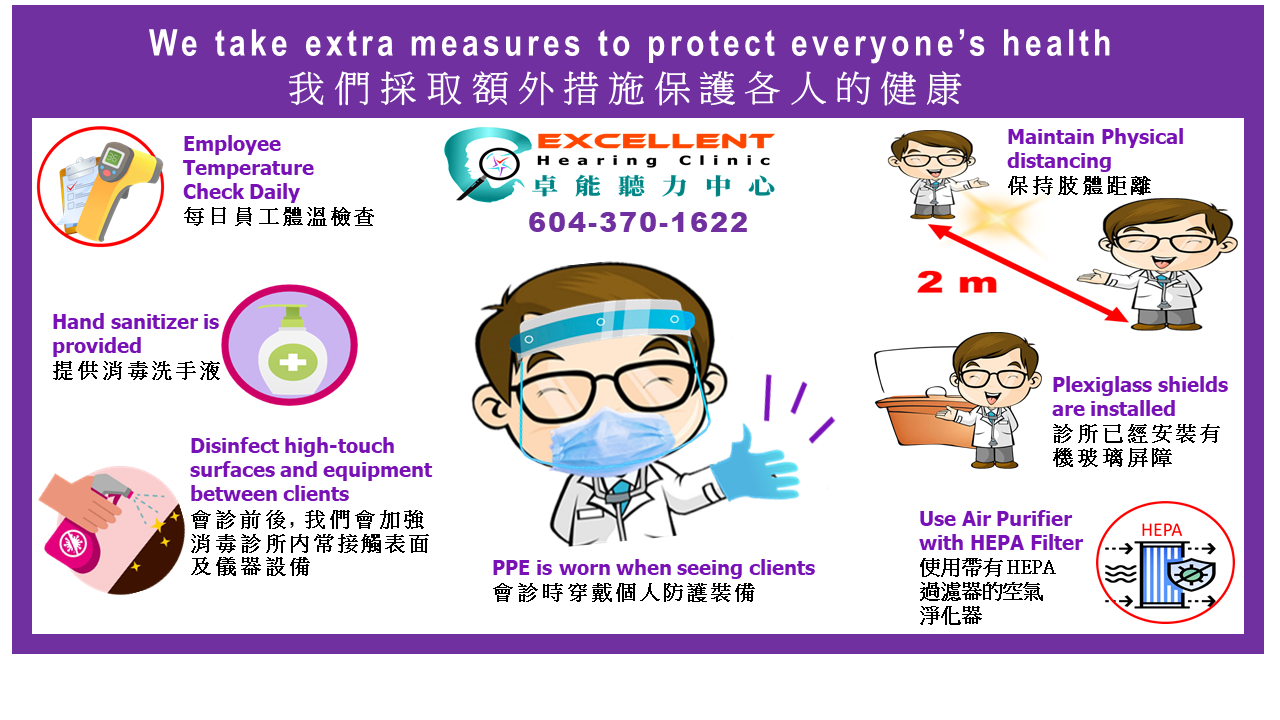